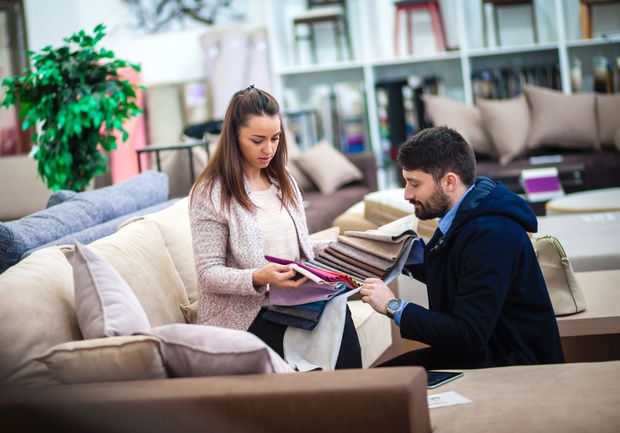 The Netherlands Authority for Consumers and Markets (ACM) has imposed fines totaling EUR 350,000 on furniture retailer Seats and Sofas for misleading consumers with non-existent deals. In the retailer’s sales flyers and stores, the use of ‘was/now-prices’ (or phrases such as ‘formerly sold at’) suggested price reductions, which, in fact, did not exist. Furthermore, furniture pieces in the stores did not have any price tags. The only way for consumers to find out what each individual piece of furniture on display in a store would exactly cost was by asking the in-store sales staff. This practice is not allowed. Consumers must be able to determine prices themselves by looking at the price tag.

Cateautje Hijmans van den Bergh, Member of the Board of ACM, adds: “Price is one of the most important factors on which consumers base their purchasing decisions. When spotting a substantial markdown, consumers think they have found a great bargain. If the markdown turns out to be false, then consumers have been misled. Deceptive pricing is not only bad for consumers, but it is also unfair to businesses that do play by the rules.”

What was the problem?

In its local sales flyers, Seats and Sofas presents pieces of furniture with substantial markdowns. These pieces of furniture have ‘was’-prices and ‘now’-prices. The company thus implies that consumers are able to buy these furniture pieces with specific discounts. Following an investigation, ACM established that these pieces of furniture had never been offered at the ‘was’-price. Seats and Sofas subsequently failed to demonstrate that they had been offered at that price. This constitutes a misleading commercial practice. For this violation, which lasted between January 2016 through mid-March 2017, ACM imposed a fine of EUR 200,000.

In addition, ACM has fined the company for failing to indicate prices of the pieces of furniture that are on display in the stores. Consumers are only able to find out the individual prices after consulting a salesperson and the in-store pricelist. This is in violation of the Dutch Prices Act. The fine for this violation, which took place during the first half of 2017, is EUR 150,000.

The importance of having fair and clear prices

For consumers, price is one of the most important factors on which they base their purchasing decisions. Higher ‘was’-prices give consumers the impression that they can save a lot of money, thereby reducing their need to look for alternatives. False discounts thus mislead consumers. Only if prices in advertisements and stores are indicated fairly and clearly, then consumers are able to assess and compare products properly. Fair and clear prices are also important for fair competition between businesses.